NFT rarity greatly impacts market value -but how do you check it? 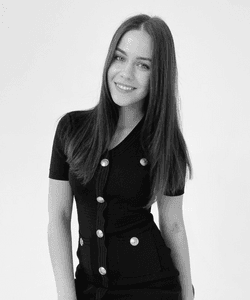 2021 was a landmark year for NFT traction. Practically overnight, the NFTs space started drawing in artists, designers, art creators, entrepreneurs and investors. Non-fungible tokens got so popular that the Collins Dictionary picked "NFT" as their "word of 2021". With so much hype around NFTs, collectors look to snatch the most valuable assets in each collection, rarity being a major factor impacting value.

The image above shows a list of attributes for an item from the Meebits collection, as displayed on OpenSea.

Rarity influences the NFT price more than just about any other factor. It's the rarest NFTs that collectors chase after the most, further pushing up their prices. But how does one evaluate rarity?

Currently, there are several competing methods used to determine the rarity of a collectible:

Let's use Meebits NFTs to see how each of these methods works.

Meebits includes 20,000 unique 3D Lego-style virtual characters. They were created using a custom generative algorithm. Comparing the rarity of several Meebits’  attributes allows us to rank them by rarity.

This is the easiest method, as it ranks the collectibles by the rarest trait of each.

Based on this method, we'll rank these Meebits as follows:

The problem with this method is that it doesn't account for the relative rarities of all other attributes.

The final ranking will be different compared to the first method:

Clearly, this method allows to account for all NFT traits/attributes, but at the same time, the rarest attribute doesn't get enough weight in the overall ranking, as it gets diluted by the other traits.

With this method, the overall NFT rarity is determined by multiplying the rarities (in decimal points rather than percentage points) of individual traits.

Using this method, we'll arrive at the following ranking for these NFTs:

Each of the three methods delivers a different outcome. Currently, none of these methods has been widely accepted, and all of them are used within the community. The Average Rarity Ranking and the Statistical Rarity methods tend to give too much weight to the overall rarity for all NFT attributes, and not enough to the single rarest trait. Meanwhile, the Trait Rarity Ranking focuses too much on the rarest trait, without accounting for all the other attributes.

Based on this method, the NFT rarity is calculated as a sum of the Rarity Scores for all its attributes.

Here's the formula used to calculate the Rarity Score of a specific attribute:

The overall Rarity Score of an NFT then equals the sum of the rarity scores of all of its traits.

Using this method, we'll arrive at the following ranking for these NFTs:

With this method, the evaluation accounts not only for each specific NFT trait but also the overall rarity of its traits. This method has been widely adopted by many websites to rank NFTs by rarity. In addition, this method is used by Rarity Tools to measure NFT rarity.

However, we can see that Statistical Rarity and Rarity Score deliver the same results when comparing these Meebits NFTs. Let's see whether these methods would arrive at the same results for other NFTs too.

Let's imagine that we deal with an NFT collection that includes 10 items, each with 5 attributes (see the table below).

NFT rankings based on rarity:

NFT rankings based on rarity:

As this case shows, Statistical Rarity and Rarity Score delivered different results for the same collectibles. Thus, we can conclude that these methods work in different ways and that Rarity Score ensures the most objective evaluation of the overall NFT rarity, since it accounts for the rarities of all the traits.

We should note that these rarity assessment methods aren't applicable to 1/1 (one of one) NFTs - that is, unique creations that exist outside of any collection. But when we deal with AI-generated collections that apply specific attributes in the form of PNG layers, the described methods to determine rarity come to the forefront.

Currently, several automated tools are available for users to calculate NFT rarity on their own. These include Rarity Tools, HowRare.is, Rarity Sniper, Traitsniper, OpenSea rankings, etc. A high rarity value means that an NFT has a high chance to grow in price and yield a profit in case of a sale. However, when considering a purchase, investors shouldn't base their opinions exclusively on the rarity rank but should also account for other factors, such as utility, active community and team participation, as well as artistic quality.

We use cookies to understand whether the information we provide to you is relevant and digestible, or needs improvement. Learn more how you can control cookies here