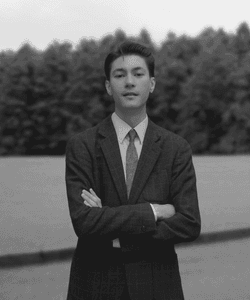 The Focus of the Research:
The SocialFi market and its segments.

The global spread of social networks is one of the most important trends that emerged in the traditional media sphere in the early 2010s. Over time, they began to compete with traditional media both in terms of capitalization and audience size. The key ideological trigger for the development of this direction was the emergence of the concept of creative earnings: anyone can earn money by attracting an audience and creating both professional and non-professional content.

The development of the crypto industry marked the beginning of the introduction of such mechanics into projects using crypto technologies, which were called SocialFi. Already since 2016, attempts to introduce social mechanics into crypto projects have been presented on the market by analogy with classical social networks. Today, the SocialFi direction is defined quite broadly and includes features of the entertainment industry and platforms of the Influence model, NFT technologies, projects based on the DAO principle, and complex crypto-infrastructure solutions.

According to publicly available data, the size of the total capitalization of the SocialFi market at the end of June 2022 is estimated at $2 to $20 billion. Such a wide range of values is explained by the lack of clear, well-established criteria that would identify SocialFi projects.

If we include in the scope of SocialFi initiatives created using the mechanics of NFT and NFT-marketplace, which traditionally have a significantly higher capitalization compared to other projects, then the total volume of the SocialFi-market will reach $20 billion (according to information on projects in the Social/Social Network/Art categories). from cryptorank.io and data from projects in the Social categories presented on dappradar.com). If we remove such projects, then the estimate of the capitalization of the SocialFi sphere will drop to $2 billion.

At the moment, the total capitalization and turnover of the SocialFi sphere are significantly lower than those of GameFi, DeFi, and Exchange, which are respectively $300, $500, and $700 billion, according to newsroom.accenture.com and dappradar.com.

Cumulative turnover of SocialFi dApps when NFT is enabled.

The SocialFi sphere, like the entire crypto industry, is currently experiencing a recession, which is reflected in a decrease in turnover in applications and a decrease in positions in SocialFi project tokens.

The number of users

14 million users - the current client base of SocialFi projects, among which more than 5 million people are active users. The data was obtained based on an assessment of the activity of wallet addresses regularly interacting with smart contracts of the projects under consideration for the 2018-2022 period.

The cumulative size of the SocialFi dApp user base.

200-300 thousand users per month is the average number of people interacting in some way with SocialFi projects. The chart above shows that throughout 2021 there was an increase in the number of active users, which was stopped in the first half of 2022 by the general decline in the entire cryptocurrency market. At the moment, this is a key factor holding back the continuation of the upward dynamics. The decline may be related to the crisis in the field of infrastructure blockchains, on which SocialFi projects are based, and the relatively low efficiency of the implementation of their mechanics.

The total volume of the dApp user base in the field of SocialFi.

Based on an analysis of 375 projects, it was found that the prevailing number of SocialFi initiatives were implemented in 2018 and 2021: 15% and 44% of all implemented projects with information available for analysis, respectively. The data is formed on the basis of consideration of the first non-zero transaction for the project.

The number of SocialFi projects implemented during the year. A project is considered “active” if at least one non-zero transaction was made within its smart contract in 2022.

The lifetime of SocialFi projects. A project is considered active if at least one non-zero transaction was made within its smart contract in 2022.

The average lifetime of a project—based on the graphs above—is one calendar year. At the same time, it is important to note that there are initiatives on the market whose timeline exceeds the value of three years: Minds, DLUX, Engrave, Livepeer, Wherein, VIMM, Cent, Pinmapple, Steemit, and PeakD.

The most common blockchains in the SocialFi industry are Ethereum and BNB: over 68% of projects are based on them.

Popularity rating of blockchains by the number of implemented projects in the field of SocialFi.

Segments of projects in the field of SocialFi and their characteristics

Among the wide variety of projects in the field of SocialFi, four large segments can be distinguished:

All projects can be divided into 23 categories, the description of which is presented in the table below.

A detailed picture of the SocialFi industry, taking into account the characteristics of each individual segment, is presented in the table below.

The number of projects, volume, and traffic of individual segments of the SocialFi industry for all time.

The number of users who took action on SocialFi projects in each of the specified segments. Quarterly data, 2020–2022.

Projects from the Product segment show strong growth in the first half of 2022, while Social network projects show a significant decline in the second quarter of 2022. The content creation segment grows moderately during 2022, even despite a local decline from April to June. Content creation - Social network projects are characterized by a low level of user activity on blockchain data throughout the analyzed period of time

Below, we highlight the categories of projects that accounted for more than 90% of the turnover ($20 million) of the entire SocialFi industry in the first six months of 2022.

Based on the above information, we can form the following picture.

Map of SocialFi project segments based on volume and traffic in the first six months of 2022.

The map is interactive: clicking on the selected circle will display the name of the category and display information only on a narrow segment of projects.

It is important to note that based on the map above, projects from the Community, FitFi, and Creators network categories show more attractive conditions in terms of the ratio of turnover and user audience volume than projects from other categories. In addition, Content marketplace projects showed high turnover in the first half of 2022, but they are not optimal for subsequent development due to low user numbers.

List of media channels used by SocialFi projects for placement.

The most popular channel among SocialFi industry projects is Twitter: more than 75% of all SocialFi initiatives have and actively maintain a channel on this social network. In addition, Telegram and Discord are among the three most used channels: more than a third of all projects choose them for placement.

The volume of the SocialFi market is significantly smaller than other domains of the cryptosphere - DeFi and GameFi. At the same time, the data indicate an increase in user interest and a niche development potential that has not yet reached its peak.

One of the main challenges for the SocialFi industry today is the crisis of the main infrastructure blockchains. A possible way out is the choice of several protocols at once, which many projects are already doing.

The success and popularity of SocialFi projects are largely determined by the type of user experience they can offer. As part of the study, 23 types were identified, the most sustainable and promising of which are Community, FitFi and Creators network.