How to detect cheating by influencers in 5 steps 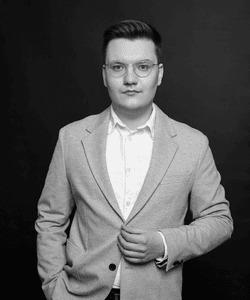 Previously, we touched on the topic of wasted budget in influencer marketing for crypto projects. One of the most popular cases in such a scenario is the loss of invested money in a promotional campaign with a blogger that does not yield results. Often, the reason for a blogger's low performance in the blockchain segment is simply views spoofing.

We've noticed that crypto influencers are the most likely to fake views, likes, and comments. The high stakes in the industry cause this. The CPMs are breaking records, with advertisers ready to pay much more for views and clicks than the market average. Against the backdrop of high demand and increased rates, some influencers want to earn a bit more than they could with their real organic views.

Be careful because cheating statistics are not just for novice authors; quite successful bloggers apply the same tactics. Below are five basic tips & tools for identifying cheating by cryptocurrency influencers to make it easier to identify bots in your live audience:

Tip #1: Evaluate the number and quality of publications

A blogger releasing several short posts or YouTube videos daily, and each gets the same coverage, should be alarming. With a high posting frequency, it's challenging to keep both the content's quality and the audience's attention. Therefore, such publications collect an unequal number of organic views.

If the influencer last posted two or three months ago, approaching him with an offer of collaboration is also dangerous for your budget. It is almost impossible to predict their reach after a long pause.

Another important aspect is the quality of publications. The quality of filming, editing, script, or text is a subjective indicator. However, if there is an apparent discrepancy between the content quality and the number of views, it can indirectly indicate that cheating mechanisms are being used.

Depending on the platform and content type, the ratio of views to comments or views to likes can vary, but as with the content quality example, a radical deviation should be alarming. For example, we might come across about 40 comments under a YouTube video that's been viewed more than 50,000 times - potentially, that's a scam video. If a similar situation repeats from post to post, and not a single post that has been viewed many times has been rated or commented on in a reasonable amount - you're looking at an example of view spoofing. You can use some top influencer marketing tools to simplify the analytics process. This is especially useful when you need to analyze several dozen videos in a row.

We recommend analyzing the comments under several posts. If you get a negative response to each of the questions above, rest assured that the comments are tweaked.

A cheater can often be identified through a simple tip.

Potentially, the most recent bloggers' posts should garner fewer views and reactions than those published weeks ago. Over time, a new post gets the coverage it deserves but loses to older posts in the first few hours (or even days). All of these factors only work for organic views.

On the other hand, the fake-out manifests itself in a swift set of "standard" views for a new publication.

VidIQ is one of the best influencer marketing tools for evaluating YouTube bloggers' tweaks with statistics. If the video views graph tends upwards in the first hours or days after publication, and at one point it stops – the highest probability is that the first wave of views was from bots.

Sometimes you can also see descending graphs - this happens when YouTube deletes sloppily-created views. Comparing views 7 days and 28 days after publication can also tell you something about cheating by the authors. If these two numbers are the same, and no one watched the video after 7 days from the publication date, the primary views are also most likely to have been faked.

The organic views curve should look more like an arc, indicating real views, rather than turning into a straight line after certain numbers are reached.

Thanks to the five tips above, you will be able to judge with great certainty the cheaters among blockchain influencers.

Since it's almost impossible to assess real organic traffic from an influencer when you're getting scammed for views, we recommend you refrain from involving such bloggers in your product promotions. Remember: when you start a promotional campaign without analyzing the composition of your media plan for click-throughs, you may spend your entire budget and still not be effective.