How to design tokenomics the right way: a guide — Part 1 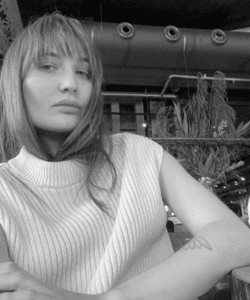 Tokenomics in crypto is an umbrella term that covers all the economic parameters of a digital token. Early blockchain projects viewed tokens mostly as a tool to raise money for platform development. However, smart contracts allow developers to impart real functionality to tokens and make them much more valuable.

During the 2017 ICO boom, many startups attracted millions of dollars, but few of them managed to explore the full potential of their tokens. Among the projects whose tokens crashed soon after launch, many had promising products — but they failed to integrate their native tokens into the ecosystem.

Civic is a good example. The concept looked interesting: verifying user identity when connecting to Web3 services. However, when it came to the CVC token use cases, the part about tokenomics in the White Paper covered them only in the context of potential future implementations.

Right now the documentation on the Civic website doesn’t even mentions CVC or the tokenomics, meaning that the token was never properly integrated in the project. This fact impacted the price of CVC: while it did pump during the bull markets of 2018 and 2021, the rest of the time CVC dumped almost down to zero.

What gives a token real value?

This question is far more important than ‘What is tokenomics?’ In order for a token to have value and grow together with the project, it needs to be an integral part of the product or ecosystem. The best tokenomics models presume that users need to hold the token to get access to the full range of features. In Synthetix, for instance, SNX is used as collateral to issue synthetic assets and earn money trading them. This approach ensures that tokens are accumulated in the hands of active users — and creates conditions for sustained growth.

The second value factor is an effective incentive for users to accumulate as many tokens as possible. Among the solutions often recommended by tokenomics experts are a progressive system of tiers, where each new tier provides even more benefits; or special perks and exclusive features for the holders of a certain number of tokens. An example is BNB, Binance’s native exchange token.

To design good tokenomics (be it DeFi, P2E, or GameFi tokenomics) It’s important to keep in mind that a token’s value stems from its user-facing functionality. A simple distribution of tokens (including via yield farming) won’t generate value and can only lead to inflation and depreciation of the token.

The process of creating a tokenomics model can be divided in several steps:

The token’s functionality should yield benefits for all the ecosystem participants, improving their experience. For example, if the project charges fees for its services, it can also provide fee discounts for token holders; while an IDO launchpad can offer larger allocations for users who pay with native tokens, and so on.

A technical possibility to integrate a token into a platform can always be found. The important part is that using the token should provide obvious and real benefits to users here and now.

As a successful example of DeFi tokenomics, let’s look at CAKE, then native token of the popular PancakeSwap DEX. It does benefit every category of its users:

2) Incentives to buy and hold the token

For example, Binance has 7 cashback levels (from 0.1% to 8%) for Binance Card holders, and your level depends on the average BNB balance within a month.

3) Rewards for participating in governance

The optimal strategy for engaging users in platform development is to incentivize them for voting and submitting proposals. New protocols often allocate a significant part of the token emission for such incentives, since a governance model without rewards can’t generate a high level of user activity. For instance, Optimism (one of the leading L2 solutions for Ethereum) allocated 19% of all its OP tokens for the purpose.

Effective tokenomics: a token example and an anti-example

One of the best crypto tokenomics examplescan be found in Synthetix and its native token, SNX. It is used as collateral when issuing synthetic assets.

A synthetic asset, or synth, is a derivative instrument that allows holders to get exposure to the underlying asset without holding it directly. For example, you can issue sUSD (a synthetic stablecoin pegged to USD) by depositing SNX as collateral. Using Synthetix’ main features requires that you hold SNX, and this creates stable demand.

In turn, SNX collateral generates yields for their owners through staking rewards and trading fees. One’s reward depends on one’s share in the pool, which encourages users to accumulate even more SNX.

In addition, those users who keep their SNX collateral at 600% or more than their synth asset positions, earn higher yields. This system of incentives provides long-term stability to the protocol and helps accumulate SNX in the hands of users.

As an example of the opposite — blockchain tokenomics where a native asset that doesn’t directly participate in the ecosystem — we can name Uniswap’s UNI. It’s not used for swaps; the only thing holders can do with their native tokens is stake them to farm more UNI.

Uniswap could create real utility or UNI: for example, allocate part of the trading fees to UNI holders. However, even though the community voted in favor of this proposal, it was never implemented.

UNI holders can theoretically participate in DEX governance, but as a few whales have the majority of the votes, regular users have little chance to influence the project’s future.

In this article, we’ve covered the definition of tokenomics and its major principles. We’ve seen that to create a successful asset, tokenomics consultants suggest first identifying the key platform participants and the utility they will get from the token. This utility should provide additional benefits to each and every user, motivating them to keep holding the asset.

Users who hold large amounts of the token should get extra utility. This approach will keep the demand or the token on a stable increase, supporting the price.

In our upcoming articles, we will delve deeper into understanding tokenomics analysis and look at the  most effective approaches to choosing a token model and designing a coin tokenomics.