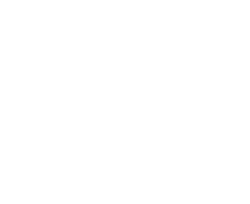 Total Value Locked - the amount of locked funds in the smart contract - an indicator of user interest in the project. Is it possible to quickly increase it, and what conditions are needed for this? Let’s explore these questions in the case of BDC Consulting.

It was necessary to attract a fixed amount of liquidity to the client’s project — a gamified decentralized AMM exchange with an internal governance token and NFT mechanics. The main difficulty: the release of the project on Polygon in two weeks.

How did we do it?

Given the tight deadline to prepare for the launch of an advertising campaign, the BDC Consulting team focused activities in 3 areas:

It was strategically important to implement the task through the joint efforts of 3 parties: BDC Consulting, the project team, and Polygon (Community and Media Partner Resources). Thanks to the media resources of the latter, we received additional publications in 11 Twitter and Telegram accounts, 7 AMA sessions and podcasts.

At BDC Consulting, advertising campaign analytics is always part of the work on any channel. We study the effectiveness of marketing activities and the movement of users through the funnel, which allows us to fulfil KPIs and get insights into the project. In this case, we noticed that some investors were withdrawing funds after a short time. Based on this observation, changes were made to remove the causes of this behavior.

During the 14 days of the advertising campaign, influencers posted 14 posts on Twitter and Telegram. Community management on these social networks increased the read share of posts by 50% within a month. Bloggers have regularly shared on Twitter and have published several reviews on YouTube. As a result of working with influencers, we have reached more than 357,000 users.

We placed materials in English and Spanish-language media according to the media plan. In total, during the advertising campaign, 33 publications were made in crypto-media channels. The coverage in the media amounted to 313,000 views.

We analyzed the current community management of the project, conducted an audit of competitor communities, and built daily interaction with users:

The correctly chosen format and strategy of the omnichannel marketing campaign made it possible to attract new investments (liquidity) to the client's project quickly.