How to build a vibrant communitywith over 72,000 users worldwide 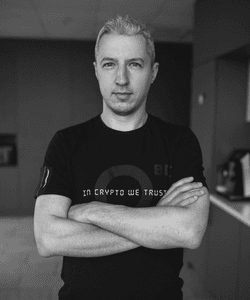 An important metric for the success of any startup with a token are token sales. But can it be increased, for example, to $8 million from scratch just by building a vibrant community for English, Spanish, Turkish, and Chinese-speaking users? This case from BDC Consulting explores that possibility.

To successfully solve the business problem (growth of token sales), the project needed to create a community of users and maintain long-term activity so that they become brand advocates. The main difficulty: a ban on token advertising on behalf of the project.

How we dealt with it

The community is the core of any crypto project. This is a trust factor for product users, investors, and media. For example, some tier-1 publications and major bloggers do not accept publications about a project if the community has less than ten thousand subscribers.

Therefore, we decided to create unofficial communities on behalf of enthusiasts who are interested in the token. To do this, it was necessary to create recognition for the project, and to “prompt” the audience to take the right actions.

The BDC Consulting team developed a creative concept. The idea was that information about the token accidentally got into the network, which created the FOMO effect (fear of missing out on profits) and launched a wave of publications from bloggers. Influencers had to encourage subscribers to join the community, which includes the bloggers themselves or their managers.

For the initial promotion to the English-speaking community, we used the mechanics of giveaways. It allows you to get an audience of real people (not bots) in a short time. To keep subscribers engaged, we developed a daily content plan, which included interesting news about the project and market, along with weekly token draws.

Part of this audience was interested in the product, and FF grew by 90k tokens.

The first link in our concept was a publication by a top blogger who got a presentation from a closed private sale. He shared exclusive information with his subscribers and highlighted this as a unique opportunity to enter the project at an early stage.

To track the impact of one or another stage of our campaign on the growth of organic purchases, we released materials with a difference of 2-3 days.

Within 3 days after the publication of the video, purchases of the token increased by $200,000.

In the next stage, we launched a series of posts by Twitter bloggers who watched the top influencer’s video, became interested in the project and told their subscribers about it.

The tweets gave us another 100k FF boost in project tokens.

We proceeded to create a local community in Turkish and Spanish. This time, local YouTube and Telegram bloggers talked about the project and referred to leaked information from a top influencer. They attracted interested users to Telegram chats in their native languages.

In China, the WeChat community was originally created. Users were attracted through bloggers, and after filling out the form, the community manager conducted personal interviews. Despite the difficult path, we gathered the most active community of all local ones.

In just 12 days, the increase in FF amounted to 1.3 million tokens.

The community cannot exist without ambassadors who ardently defend the project, answer the questions of newcomers themselves, and share their experiences. Thanks to them:

After six months of the communities’ existence, we conducted in-depth interviews with the participants, which allowed us to change the strategy:

What should be done to maintain activity in communities:

During the year, we have achieved: