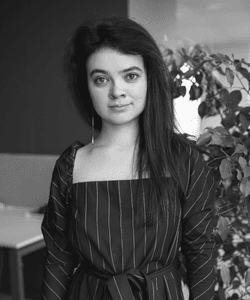 In just three months, the BDC Consulting team was able to increase the profit of a GameFi project, attract more than 5500 new users and improve search results significantly, ensuring at the same time an increase in positive reviews and a decrease in the number of negative ones. How was it done?

In an extremely short time - just 3 months - the team was tasked to significantly improve the performance of the GameFi project operating in a highly competitive environment: significantly increase the number of new users, reduce the share of negative reviews and at the same time increase the percentage of positive mentions of the client's project.

It was necessary to change the frequently occurring user path: clicking on an advertising link and quickly leaving the landing page without returning. A significant part of the audience asked for reviews and, finding negatives that did not correspond to reality or left by competitors, did not return.

To solve the problem, a combination of two marketing tools was chosen: SEO/SERM and Paid Reputation Management in search engines increased the credibility of the project, which had a positive effect on the conversion of paid traffic - after DYOR, users returned to the landing page or reacted more positively to the repeated display of advertising.

Insight: the complex use of marketing tools allows you to achieve synergy with the right understanding of the customer journey map.

As part of the work in this area, work was carried out to reduce the percentage of negativity in the top 20 searches for branded queries and increase the total number of positive product mentions:

All reviews posted on the top 15 sites of the CIS were written by a professional copywriter. Their monthly number was determined based on the average rate of posting new brand reviews.

Sending repeated complaints to hosting with scam resources (scammers pretending to be someone else's brand) with a request to remove them.

Insight: Formal complaints are one of the most effective tools for projects to combat unfair negative content.

As a result of a three-month campaign conducted by BDC Consulting, the number of negative resources falling into the top 20 of the search when mentioning a client's project decreased from 161 to 142, or in percentage terms from 19.1% to 16.9%. The number of positive resources increased from 581 to 588, and in percentage terms - from 66.5% to 69.8%.

Step 3 Work on monopolizing the project

BDC Consulting specialists have compiled a list of authoritative sites for popular search queries. The team contacted their representatives and agreed to include the promoted resource in the materials published on these resources.

Insight: Direct dialogue with the sites is a very effective tool for promoting and monopolizing the project on the market.

The client's brand was added to 11 resources for key phrases, as a result, the percentage of mentions increased from 1.5% to 1.83%

The goal of BDC was to attract new users for the client's project by launching advertising campaigns in native (banners) and social networks (VK, Facebook, Mytarget), as well as in contextual networks (Yandex, Google). Thanks to connected analytics, it was possible to improve the quality of traffic to optimize the conversion from registration to deposit, making it a metric for KPI.